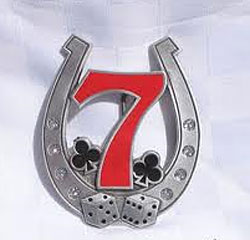 People who play games of chance like roulette are subject to superstitions of all sorts in their pursuit of success. As roulette is a game in which the result cannot be controlled by the player, a whole list of different credulous beliefs not based on logic has emerged around it. Here are some of the main superstitions connected with the roulette casino game:

In general, superstitions may be the factors that increase suspense during the game of roulette, especially as it is impossible to change human nature which is eager to stick to the irrational. A lucky person may attribute his or her winning to mere luck. It is possible that such player will be more concentrated in the following game process than someone who starts playing ready for losing. Anyway, if the player follows more serious tips like making outside bets or preferring European roulette to American, he or she may get better chances to win in the game of roulette.